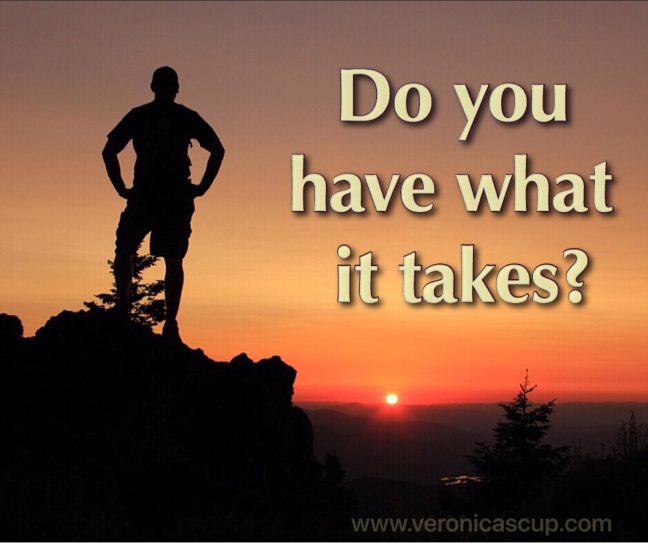 Have you ever had dreams and passions, that once acted upon or carried out, doubt creeps in and makes you question what it is you’re doing? I mean, once you muster up enough courage to try and move out on what sparks your entire being with life and creativity, then suddenly you begin to wonder…do I really have what it takes to make this work?

Well, I now ask you, my friends…do you? Do you have or even begin to have the faintest idea of what it takes to see those dreams and ideas come about? How about I take this time to show you, right here…and I just have to give it to you in this version:

““Because you’re not yet taking God seriously,” said Jesus. “The simple truth is that if you had a mere kernel of faith, a poppy seed, say, you would tell this mountain, ‘Move!’ and it would move. There is nothing you wouldn’t be able to tackle.””

Y’all if you could see me right now, I’m about to run all over this room!!!! Did you just see what and how the Lord just put that flat out where the rubber meets the road? He just gave you the answer in that all it takes is “FAITH”, and guess what else…only a kernel or poppy seed size of faith! Well would you look at that. Now the King James Version says faith “the grain of a mustard seed”, which is what most of us are more familiar with hearing, but, that is it folks. No need for trying to muster up anything in and of our own strength or capacity, only just to have the tiniest bit of mustard seed faith…then watch God do the rest in bringing those dreams into complete manifestation or fulfillment!

I am embarking upon a new venture, (more about that later), and to tell you the truth, it’s a bit scary, and that very question of “do I have what it takes”, has surfaced several times. Then the Lord had to remind me to only have faith and believe in His power to get a thing done! The passage comes to mind, again in the Message version:

“The Messenger-Angel said, “Can’t you tell?” “No, sir,” I said. Then he said, “This is GOD ’s Message to Zerubbabel: ‘You can’t force these things. They only come about through my Spirit,’ says GOD -of-the-Angel-Armies. ‘So, big mountain, who do you think you are? Next to Zerubbabel you’re nothing but a molehill. He’ll proceed to set the Cornerstone in place, accompanied by cheers: Yes! Yes! Do it!’””

That is very encouraging and God has shown me that if I will just take the next steps of faith, He will fill in the blanks in bringing all the necessities parts and pieces together. I don’t have to know how this and that is gonna fit with this and that, He has just given a cheerful and assuring confirmation of “Yes! Yes! Do it”! Because I have chosen to believe God, He has shown me positive glimpses into my future which says…I have what it takes…have faith!!

Friends I leave this same message with you. Be bold and step out, in faith, on what the Lord has shown you that you can seize and possess. I dare say that, yes, you have what it takes! All that’s left for you to do is to speak to the mountain, and tell it to MOVE!!! Then like the scripture says, “there is nothing you wouldn’t be able to tackle”! With faith in God, you’ve got this!! Now go ahead…DO IT!!